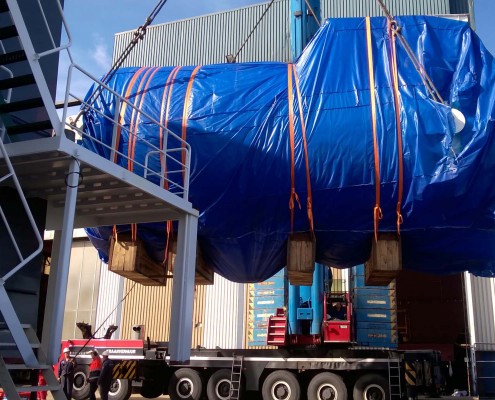 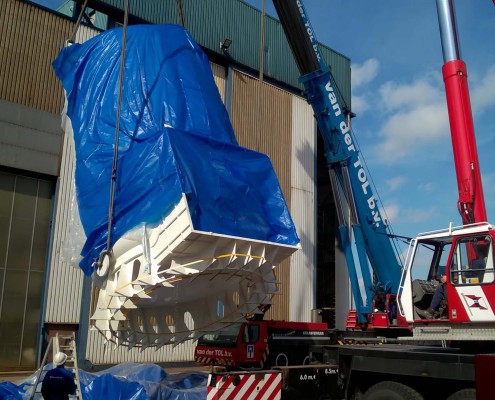 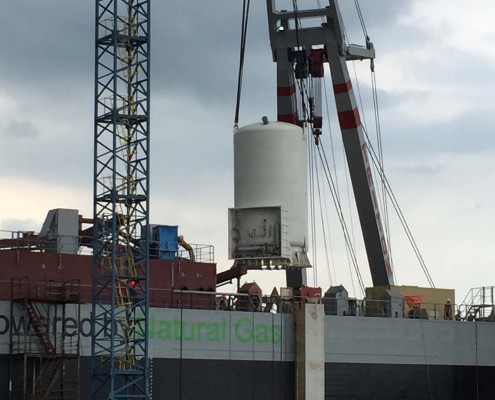 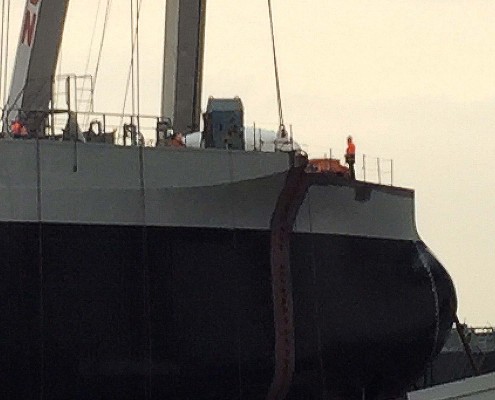 Last week the large LNG tank of our build nr 423 was delivered at the westerbroek yard. This component is a tailor made double walled cylindrical stainless steel tank of 130 cubic metres, that will contain the liquefied natural gas as main engine fuel under pressure and at extremely low temperature of -162 degree Celsius.

The large tank was hoisted into position in the foreship, of mv ‘Greenland’ the first LNG powered vessel to be built at Ferus Smit shipyard.

With the tank now inside the hull, the foreship could be closed off with the forecastle blocksection on top as cover on the same day. Later in the afternoon also the aftship was wheeled out of the building hall, and with wheelhouse hoisted on top, we have a complete ship in one single day!