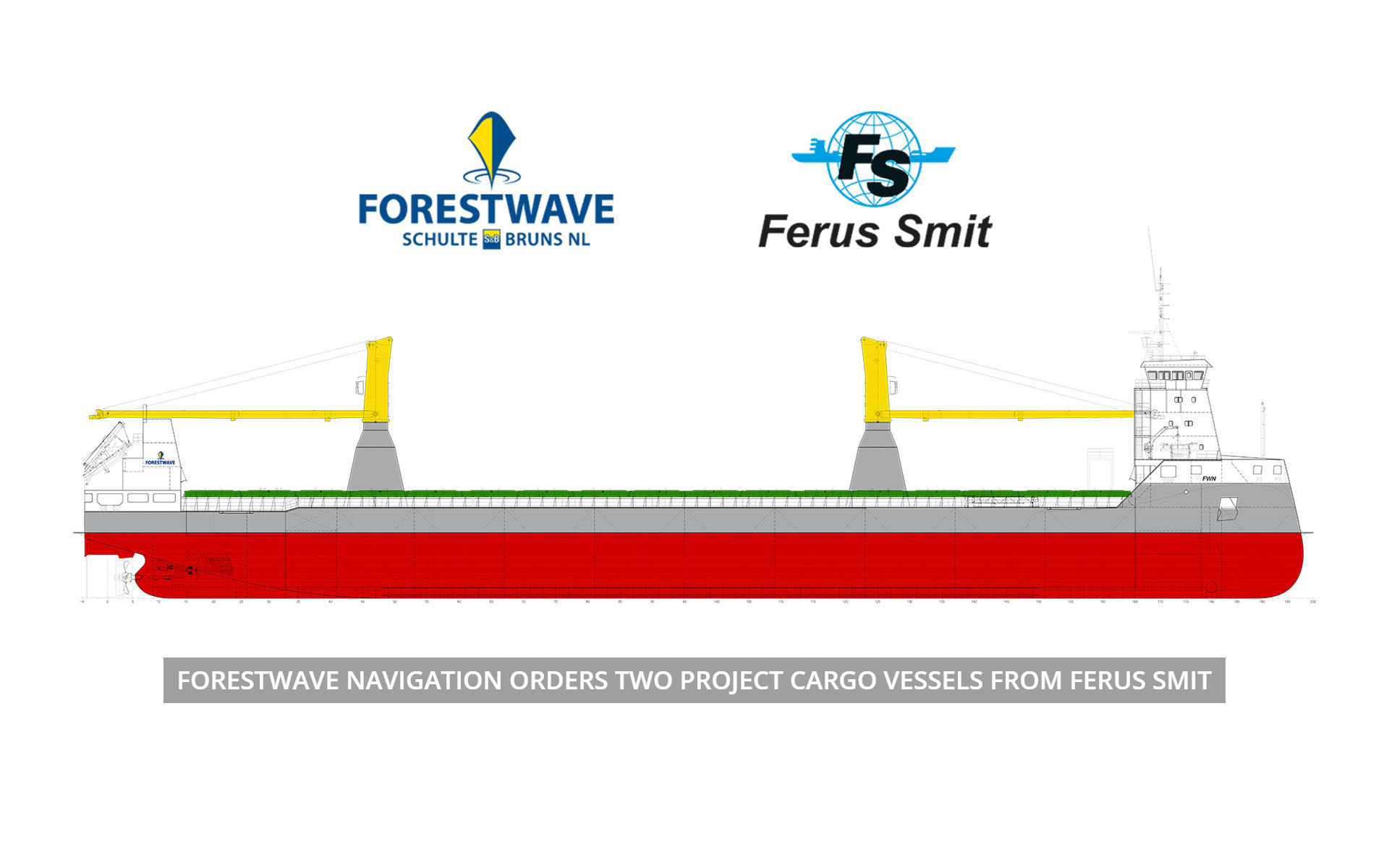 ForestWave Navigation has granted Ferus Smit Shipyards the order for building two new project cargo vessels of the Ecobox XL type. The Ecobox XL design enables loading and transporting extra-long items, such as windmill blades, while at the same time  maintaining her good capabilities as a normal general cargo ship. The design is such that it further enhances her excellent ‘green’ performance with a reduction of her EEDI-score to a new class reference standard.

Groningen based ForestWave Navigation Group has been founded in 2003 and growing rapidly since 2011. Today, they commercially operate 35 MPP vessels in the range of 6,000 to 12,500 DWT. The two Ecobox XL vessels are the first orders they placed with Ferus Smit and both parties are convinced this will lead to a successful collaboration for the years to come.

The main characteristics of the Ecobox XL ships will be as follows: