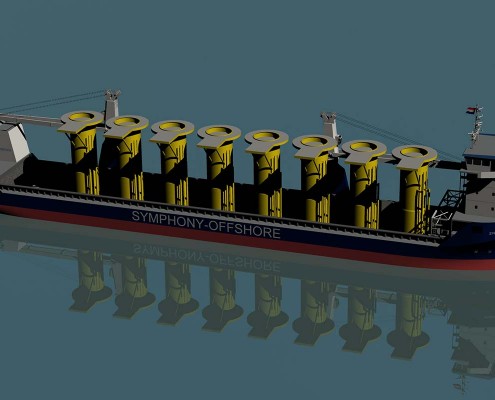 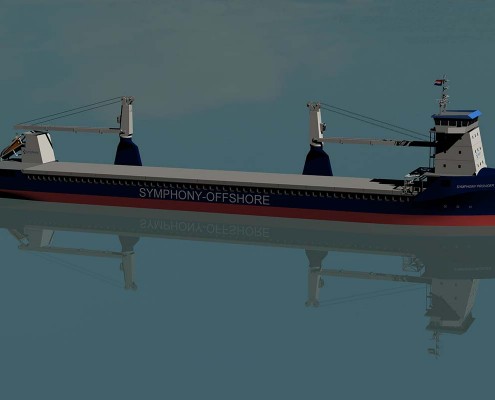 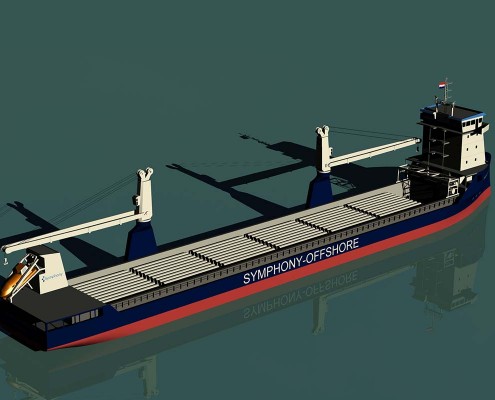 Ferus Smit recently acquired the order from Symphony Shipping to build and deliver two DP2 offshore dedicated versions, with two options, of the new ECOBOX design. The two ships will be additional to the six ECOBOX-MPV’s, which the yard presently has under construction for the same client.

The new design is based on the existing versatile ECOBOX concept and, thanks to a DP2 dynamic positioning notation, can now also be used as a large capacity & long range offshore supply vessel.

The ECOBOX-DP vessel is particularly designed for project cargoes in the windmill and oil and gas related industry, including pipe laying- and cable laying support.  The vessel has one long box shaped hold and the open top notification enables the vessel to transport large project cargoes without height restrictions and to be loaded or unloaded at open sea.

The DP2 dynamic positioning system enables excellent station keeping of the vessel, also in harsh weather and sea state conditions. Therefore the vessel will be equipped with double azimuth ducted thrusters in the aft ship, combined with 3 bow thrusters forward. All thrusters will be driven by a combined diesel-direct and diesel-electric system totaling abt. 8,000 kW.