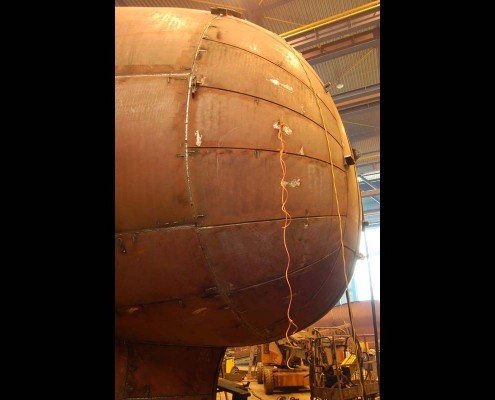 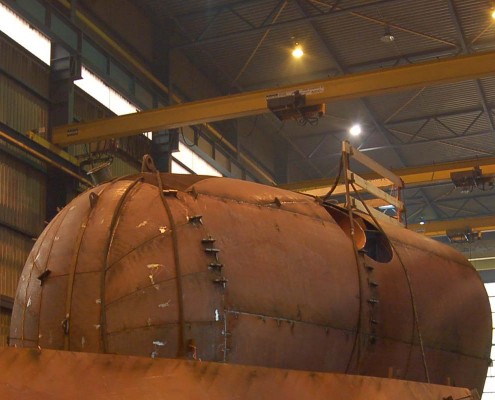 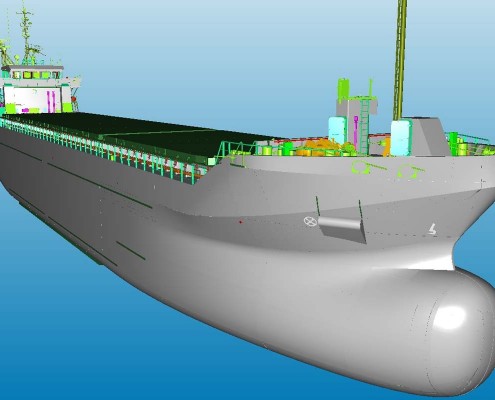 Weak markets force companies to diversify their product range. But what is Ferus Smit up to at their Westerbroek site? Several people that had a look inside our building halls reported the bow of a submarine is taking shape.

Could it be? .. We decided to have a look ourselves, have a look at the pictures.
Although we have to admit that it looks like a submarine, it is actually the bulb part of the first trollmax vessel which is being built upside down!

As soon as the slipway is cleared at launching of Nb. 408, block assembly of the trollmax bulker Nb. 415 will start. Nb. 415 is the first unit in a series of 2 ships being built for Thun AB from Sweden. The ships are specially designed to transport the absolute maximum amounts of deadweight  through the Trollhattan canal and her locks, connecting the lake Vanern (large interior lakes of Southern Sweden) with the Port of Goteborg at the North Sea.

For more information see also our news item of august 3 2012.