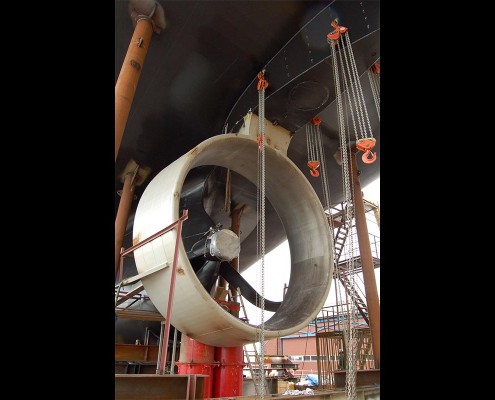 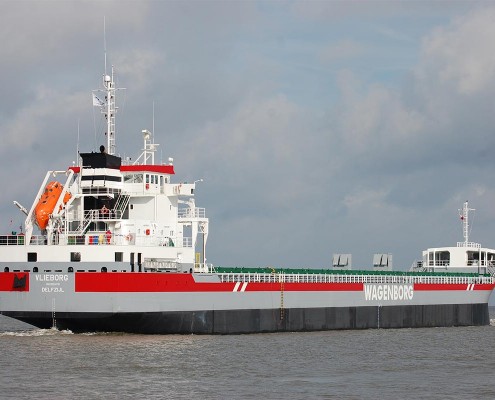 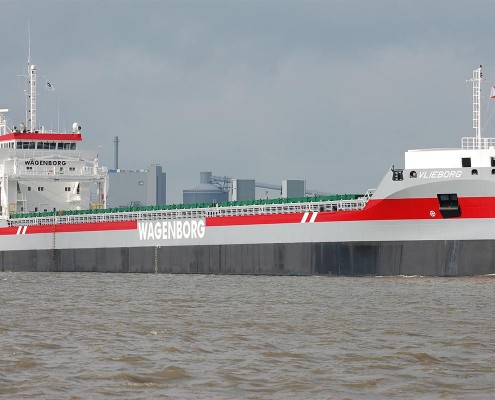 After successful sea trials, M.V. Vlieborg was delivered to Wagenborg shipping on September 28th 2012. This ship is the second unit in a series of 3 ships of the 12000dWT design with typical ‘bulbless’ bow concept.

The trials proved that the new propulsion system with a ducted propeller lives up to her expectations. The first ship in the series was delivered with an open propeller driven by a 4000 kW engine,  while the ‘Vlieborg’ has a 25% smaller engine of 3000 KW in which the thrust at lower speeds is enhanced by a duct around her propeller.
Comparing the trails of both ships it shows that on speed both propulsion systems perform equal along the same speed-power curve. From the acceleration tests it could be seen that both ships take the same time to get the speed up from 0 to 10 knots with full power on the propeller. This means however that the ducted propeller develops the same thrust at the lower speed range with 25% less power output on the propeller!

After her delivery ‘Vlieborg’ ballasted for Oxelosund in Sweden, where she took in her first cargo (steel) for a trans-atlantic voyage to the Great Lakes of the US.
We wish the ship and her sailors a save journey and all the best!