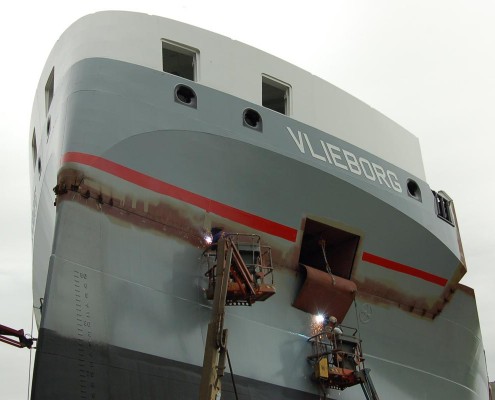 Due to the large wave the road opposite of the yard will be closed shortly for traffic.We apologise for the inconvenience and invite everybody to wittness this event in the meantime!